Jeannette Montgomery Barron was born in Atlanta Georgia and studied at the International Center of Photography, NY, NY. She became known for her portraits of the New York art world in the 1980s, which were later published in Jeannette Montgomery Barron (Edition Bischofberger, Zurich, 1989). Her next book, Photographs and Poems (1998), a collection of her still life photographs, was a collaboration with the Pulitzer Prize-winning poet Jorie Graham. Mirrors (2004) includes a text by the celebrated author Edmund White. In 2006 she published Session with Keith Haring, 20 photographs taken by Montgomery Barron in Haring's studio one afternoon in 1985. In My Mother's Clothes, Montgomery Barron created a poignant portrait of her late mother through still life images of her cherished clothing, shoes, and personal possessions. As her mother's struggle with Alzheimer's progressed, robbing her of any remembered past, Montgomery Barron began this unique visual album as a way of both sparking her mother's memories, and coping with her own sense of loss. Scene (2013) is a remarkable compendium of portraits of renowned personalities from arguably the most exciting era of New York City underground culture—the 1980s—when the young and indomitable flocked downtown in search of places to work and live among like-minded collaborators. These musicians, filmmakers, painters, writers, fashion designers, publishers, actors, models, and photographers played together, worked together, made their own rules, and changed our culture, as we know it, forever. My Life in the 1980’s New York Art Scene (2014) was published in conjunction with a major exhibition of Montgomery Barron’s work at Collezione Maramotti, Reggio Emilia, Italy. In October 2016, Montgomery Barron's photographs and short videos were shown in A View of One's Own, Three Women Photographers in Rome, at The American Academy in Rome, Rome, Italy. In March 2020, Montgomery Barron's  Artist Portraits from the 1980's was shown at Patrick Parrish Gallery, NYC. The exhibition was accompanied by a limited edition catalogue designed by Various Projects, NYC. 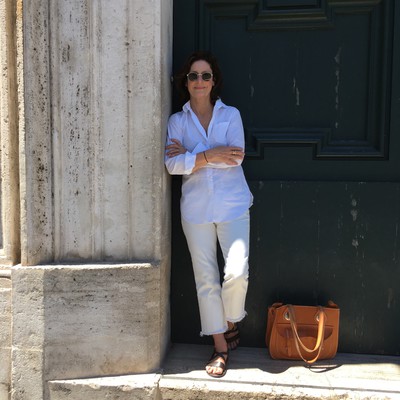