In photographer Jeannette Montgomery Barron’s 1985 portrait of Cindy Sherman, the artist is staring pensively out of frame, hair tousled, shirt partially unbuttoned. It’s a strikingly frank image of Sherman, who’s known for shooting herself disguised as different characters in elaborate makeup and costumes. In late July, NJG, a London-based publisher, will release a book that includes this photo, which is part of the Whitney Museum of American Art’s collection, along with the 39 other unseen shots of Sherman that Barron, who chronicled the New York art world in the ’80s, took that day. “She’s just got this gaze, and you can tell she was thinking something very deep,” says Barron of her subject. “Or maybe she wasn’t. But that’s what it looks like.” njgstudio.com —Cody Delistraty 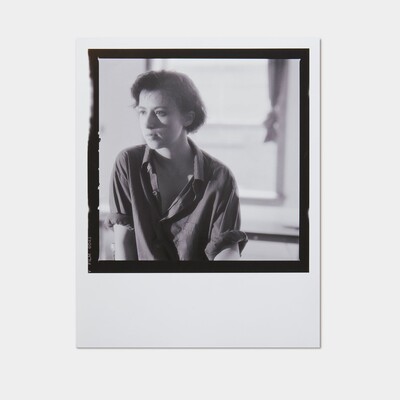